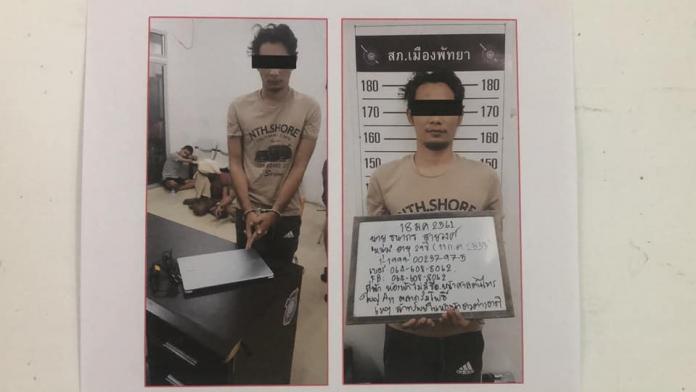 Jomtien-
A 29 year old Thai man, Mr. Anukarn Sunoff, was arrested by Pattaya police on Friday and is being charged with at least four thefts at local area condos and hotels.

The suspect is accused of entering local condos and hotels and going to their swimming pools looking for tourists who have left their room keys on deck chairs or furniture while swimming. Police state that he would then take the room key, which is usually clearly labeled at most hotels as to the room number, gain access to the victim’s rooms and then Rob them.

Four separate tourists, Mr. Alexsandr Soltanov, 53 years old, Mr. Denis Kurchenko, Mr. Ralf Meyer and Mr. Britt Birgersson all experienced the same similar crime in the past week. Two of the men were staying at the Rizin condo. The other two condos were the Amazon and Joy residence.

Police state that the suspect is known to the police and identified him due to CCTV in the condo buildings.

The suspect is alleged to have stolen nearly 300,000 baht in total from the four victims as well as passports, laptops, multiple cell phones, credit and ATM cards, expensive watches and prescription glasses. Many of the items were locked in safes, however, the suspect managed to crack the safes open and steal the valuables inside.

The suspect will be facing substantial prison time for the thefts and the tourists will be returned their belongings.