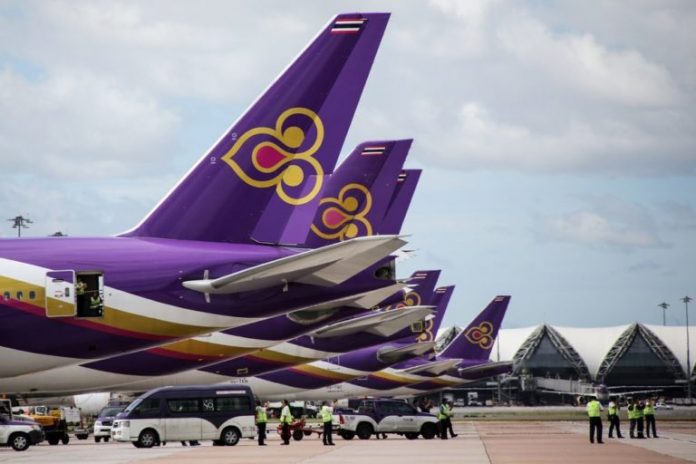 Thai Airways has had an 83% dive in profits for the first quarter of 2019. The Q1 balance sheet came out yesterday.

The airline’s management is blaming the high baht, the ongoing US-China trade wars and the closure of Pakistani airspace (forcing rerouting of its European flights), for the drop.

The detailed results are:

• Net profit of 456 million baht, down from a 2.7 billion baht profit in the first three months of last year

The Thai Airways President Sumeth Damrongchaitham is laying the blame at the strong appreciation of the baht against major currencies saying it makes it impossible for the airline to raise air ticket prices.

Quoted in the Bangkok Post, he said… “Although the baht’s appreciation helped lower some expenses, including loan payments and lease payments for aircraft and engines, this benefit remains minimal.”

He also cited the ongoing trade spat between the US and China taking a toll on the airline’s cargo business, which saw earnings drop 12.9%.

In February, following Pakistani border stoushes with India, Thai Airways aircraft needed to make detours for their European traffic, which pushed up fuel costs, according to Mr. Sumeth.

The airline plans to sell products on its website and mobile app in September to increase revenue.