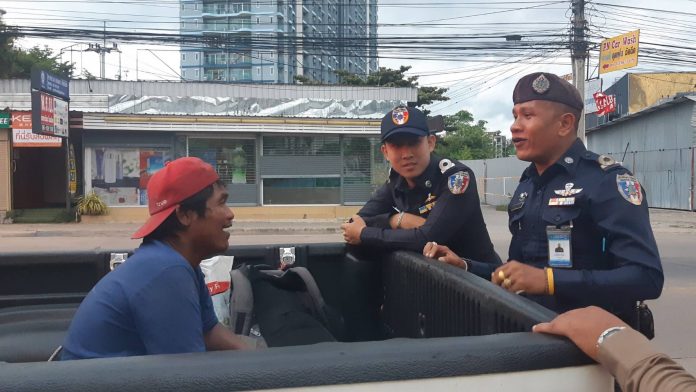 Pattaya –
A homeless man was in custody after allegedly hitting cats and public indecency yesterday evening in Nongprue.

Capt Chaowalit Suwanmanee of the Pattaya City Police was notified of an incident at 6.30PM on Thep Prasit Road Soi 15.

Petrol police and law enforcement officers arrived at the scene to find an intoxicated homeless man aged around 40 years old on the road.

Witnesses at the scene told The Pattaya News he was allegedly hitting cats with wooden sticks and being indecent in public. When they tried to stop him, he hit them as well.

The man was taken into custody and was seen smiling and laughing about his behaviour.